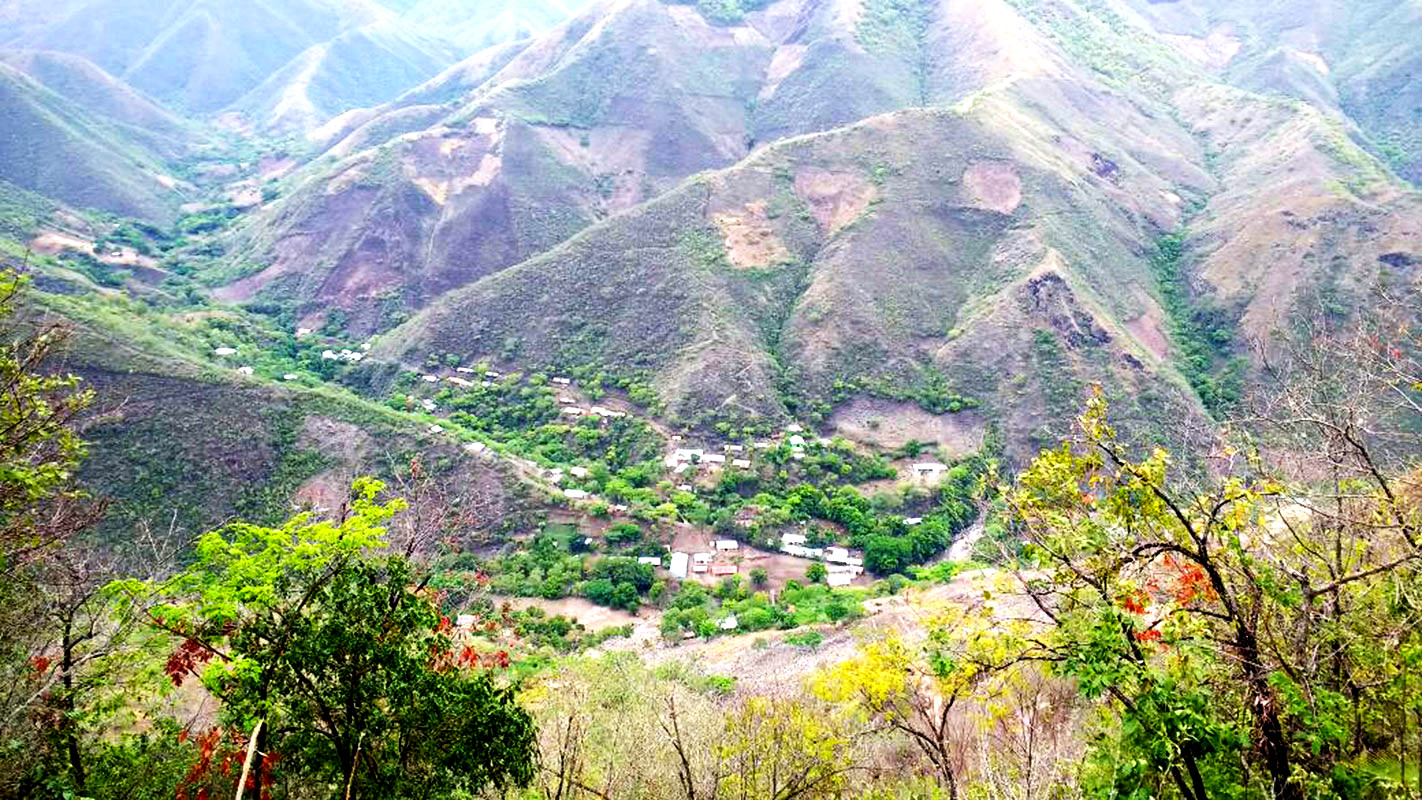 OUTSIDE OF SAN CRISTOBAL 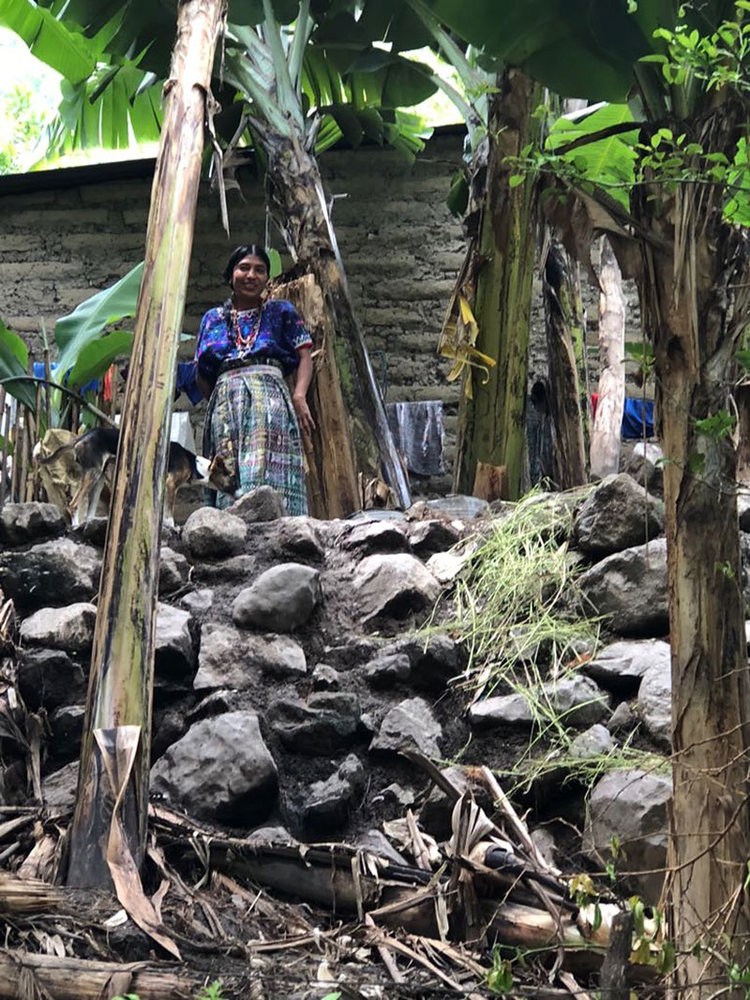 A community made up of around 75 families, about two hours away from the closest town.

Carchela is a remote indigenous village in the highlands. The villagers live in an abandoned valley which can only be reached by foot. The Mayan language – Achi is still spoken here. The men that live in this village work as seasonal field workers, cultivating maize for large landowners.

Every errand must be well thought through because everything has to be carried steeply, downhill. No matter if this is building material for a house such as stones or lighter supplies.

Luckily, there is a recognised school in Carchela. Teachers come to teach the children, who are `released´ by their parents, three times a week. The parents often don´t have sufficient money for schooling materials, such as stationery and exercise books.

In 2017, Progua has financed a fish farm for this community, to counteract the unbalanced diet of maize and beans. The fish farm encourages self-sufficiency and creates trading opportunities within the village or at the market. Tanks were built, suitable breeding fish and food for the fishes were bought. The project has been successful, and further tanks are planned to be added in order to expand the reproduction of the fish.

Furthermore, we want to provide the community with at least four pack mules. The house owner that lives above the village rents out his donkeys to the community, for too much money per ascent and descent.

For the future, we are planning to expand areas of school, bettering the education for children on site. Father Dennis, who has known the community for a very long time, will supervise these projects for us. They are also in need of another school building, since there is not enough space for the senior classes.

The younger generation will also be able to partake in apprenticeships, so that they can learn trades, allowing them to fulfil roles like baking and tailoring. This will hopefully prevent them from leaving the village at an early age. We will finance the construction of the ovens, the materials and ingredients, as well as the teachers that will be needed. Sewing machines will be funded, as well as professionals who they will be able to learn from. Our aim for the future is that at a certain point the community will be able to teach each other these two trades.

There is a lot to do for these self-sufficient indigenous people living in this scenic paradise.
If you want to donate to this community in the highlands of Guatemala:
Sparkasse Bochum
IBAN DE 734 305 000 100 204 133 99
BIC WELADED 1BOC 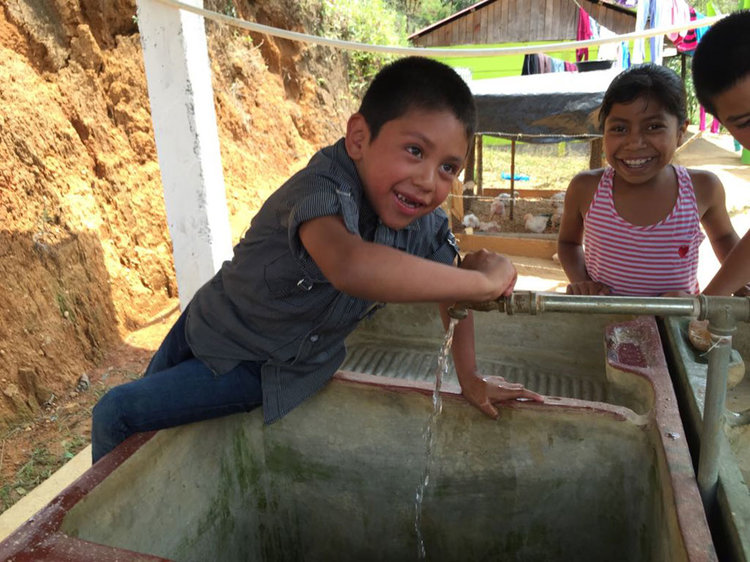 “Hurray, we have water”

A success story, hopefully with many more to come

A good example of our aim, help people to help themselves, is shown in the community of Tierra Nueva, which in English translates to ‘New Earth’. This can be understood in a very symbolic way…

The community Tierra Nueva used to be called Agua Blanca. Since 2007, Progua has achieved great outcomes with the help of many generous donations, as well as Father Herman´s constant supervision.

A few dozen families that were evicted of their land, lived in wooden sheds on the property of a large landowner. Here, they were only tolerated. The men were working for the landowner, for not even €1.50 a day. The families were exposed to the landowner´s arbitrariness. Sometimes he would not even pay the already ridiculous wages at all and he would constantly threaten them with eviction.

The land was divided into different plots and 35 families were assigned their own plot of land, that was entered into the land register. We helped the families financially to build simple stone houses, as well as a church. All the families built their houses themselves, helping each other, one after another. The loan has now been repaid!

After the unsuccessful drilling of a well, we were able to acquire a permanent water right to a neighbouring well and then build a large water tank. Moreover, a kilometre-long main line and individual water pipes to each household were laid. This way, both drinking and service water was provided to the whole community. The association Bachalal e.V were a very big help with the water supply project for Tierra Nueva.

In addition, together with Bachalal e.V, we financed seeds and equipment to grow their own food. For several years now, families have been able to sustain themselves with simple foods, such as maize.

The local school is not very far away, which enables the children to learn how to read, write and calculate.

The cohesion of this patient indigenous community is remarkably strong and the hope for a dignified, self-determined life has been fulfilled to a large extent and they are very grateful for our help. It has been a long road, but every single bit has been worth it.

In 2018, Dorle Wagner, who initiated this long-standing and successful project, and her daughter Lara visited Tierra Nueva. It was a loving reunion, with many tears of joy, hugs and appreciation. The community organised a small celebration to celebrate just how far they have come.

We would like to take the opportunity to thank him too! 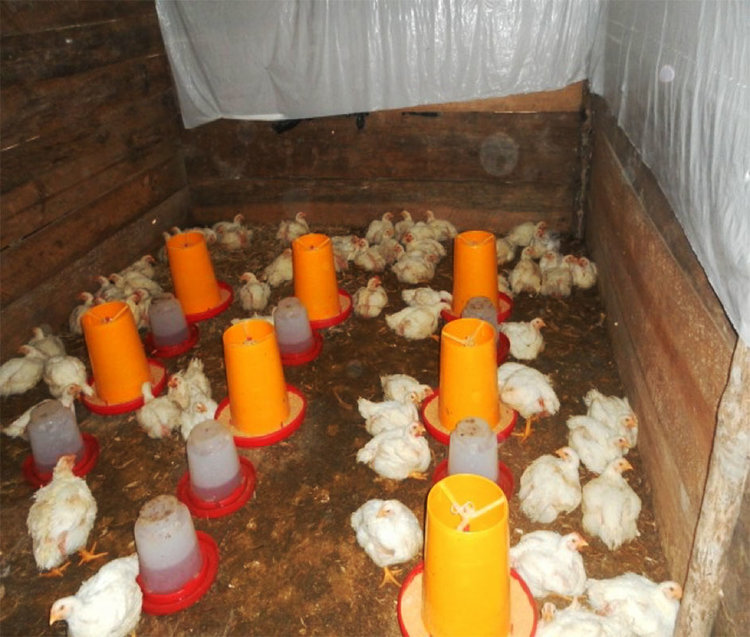 CHICKEN FARM FOR THE COMMUNITY CHAMELCO

We implemented this project back in 2013, to promote social and economic development in a small indigenous community (Ethnie Qéqchíe). The state and local authorities are not concerned about the Mayan communities and do not guarantee any basic rights, such as education and health care.

By implementing a chicken farm, an economic opportunity was created for this community.

The beneficiaries were 22 women who had been widowed or single parents, living in extreme poverty.

Chicken coops were built and chickens, as well as other necessary items, such as feed and vitamins were bought for the animals. The women were able to sell the chickens and eggs. It proved successful as it gave the women their independence by becoming self-sustained and as a result felt happier and were able to provide a better life for themselves and their children. They are very grateful to have been given this opportunity.

SUPPORT OUR PROJECTS – HELP THE PEOPLE TO HELP THEMSELVES